(Nashville, TN)– This week, the Washington Post published an article regarding the latest Republican health care repeal effort known as the Graham-Cassidy plan. The below charts from that article show how similar these partisan repeal bills really are.

According to a Center on Budget Policy and Priorities (CBPP) report, the proposed plan would drastically cut federal Medicaid funding by $1.24 billion by 2026, shifting costs and risks to states. Tennessee in particular would lose a whopping $716 million in funding.This is hardly surprising considering the similarly devastating effects of previous GOP health care repeal bills.

The Medicaid expansion and subsidy funding would be cut sharply compared to current spending, going to zero in a decade. 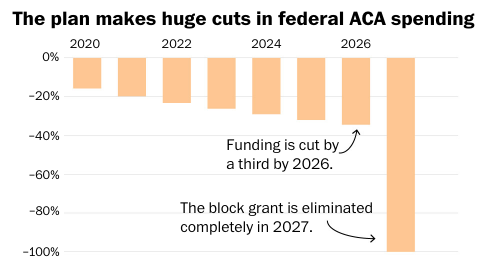 Here’s the nitty gritty of what would change, compared to the ACA and the Senate plan that failed in July:

Who would need to be covered

Under the Cassidy-Graham plan, the mandates would be eliminated at the federal level. States could choose to keep the measure, replace it or get rid of it completely.

How they would pay for coverage

The federal health insurance subsidies that help most people with ACA marketplace plans afford their coverage would change. This bill would shift those subsidies to the state-level, so people in some states may see their subsidy scaled back or eliminated. 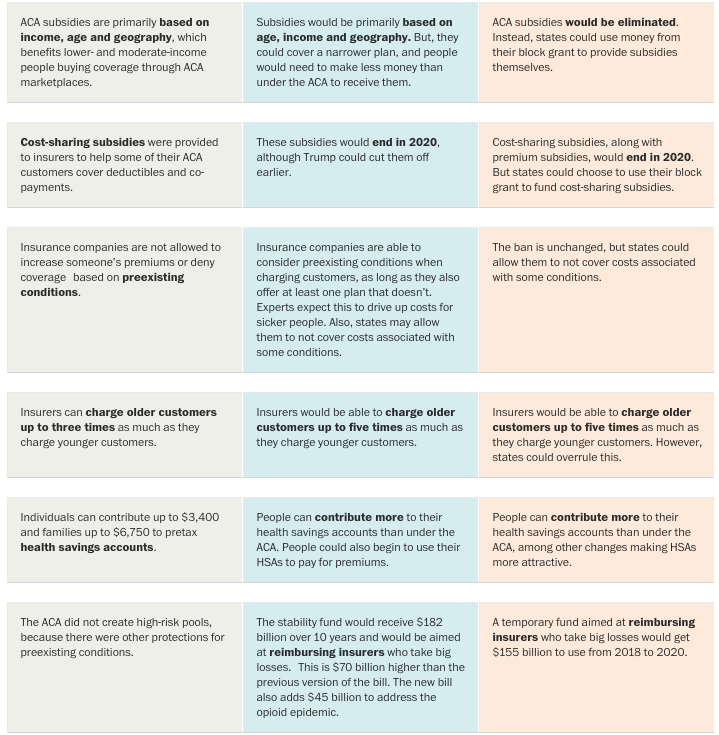 The bill would restructure Medicaid and decrease its funding. That would make it very difficult for states to maintain the Medicaid expansion.

Other key elements of the plans