(NASHVILLE, TN) – As GOP Senators contend that their health care repeal bill is “salvageable,” a new analysis from the Center on Budget and Policy Priorities (CBPP) shows how proposed changes to the bill will actually do nothing to mitigate its projected harmful effects for millions of Americans. It would still cause more than 20 million people to lose coverage and would make coverage worse or less affordable for millions more.

The full CBPP report can be found here.

“Speculation has begun about whether reported changes to the Senate bill will significantly alter its impact on coverage or on the quality and affordability of health insurance,” the report says. “The answer is no. It’s no accident that CBO reached similar conclusions about all three versions of the Republican health bill, as the bill has maintained five core structural features overtime.”

The table below outlines how reported changes to the current Senate bill will not alter these core features: 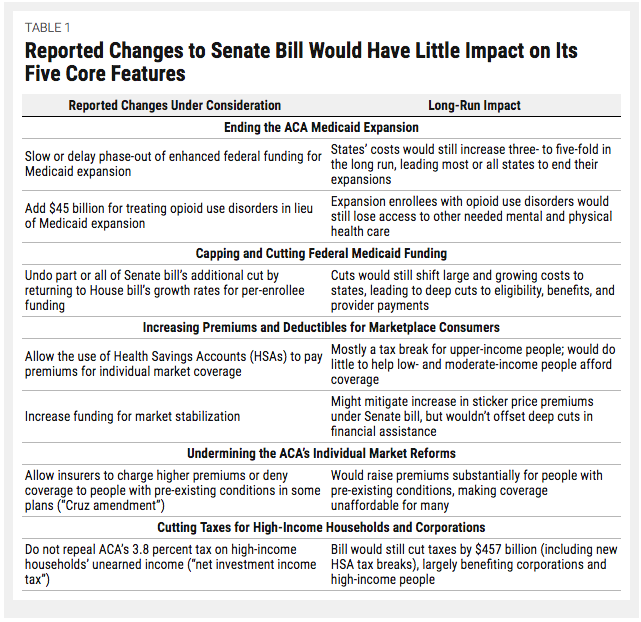